WUHAN, CHINA — Peggy Peng logged into her system to begin her day at work at Transn, the largest translation company in China. It’s business as usual, except she also has to fill out a daily online health questionnaire. It’s anything but usual for her and many of her 500 colleagues. Transn is headquartered in Wuhan, Hubei Province in China, the presumed epicenter of the coronavirus outbreak. As of this writing, the outbreak has claimed hundreds of lives and infected tens of thousands more in China and over 25 countries. The outbreak has shut down companies and factories in China, prevented employees from getting to their jobs, and cut off raw materials from manufacturing plants. Employees in several Chinese language companies Treehouse Strategy has spoken to have been forced to work from home. Translation orders in China’s domestic market has decreased as a result of the Chinese economy being slowed down by the outbreak. And many onsite interpretation assignments have been canceled or postponed, both in China and around the world.

(This is an evolving crisis in which the human cost is climbing daily. This article is not about the specific number of coronavirus cases. Instead, this article aims to consider the impact of the outbreak on the language industry.)

The outbreak has untold human costs and continues to present a public health safety in China and globally. In addition, it is wreaking havoc on China’s economy, which has global ramifications.

Since the outbreak was officially acknowledged in January 2020, global companies such as Apple, Samsung, HSBC, Microsoft, Tesla, and Google have shut down entirely or partially their offices in China. Google also closed offices in Hong Kong and Taiwan. Companies with no offices in China such as Facebook are also halting travels to China.

Amidst a shutdown of public transportation in Wuhan as well as limited use of private cars in the streets, Transn employees are connecting remotely to the company’s internal network. Fortunately for Transn with its nine branch offices around China, the company is already set up for virtual and remote work. Instead of clocking in using facial recognition at Transn’s physical offices, Transn employees now clock in online. Every day by 5 PM, employees also have to submit a “health check”—an online questionnaire that asks employees to report body temperature, whether they display symptoms of fever and coughing, and whether they have come into contact with others with suspected symptoms.

The business disruption for Transn is not limited to internal employees. Transn has seen a number of onsite interpretation orders cancelled because of the coronavirus outbreak. Translation services that Transn provides to the import and export logistics sector were also impacted because manufacturing, supply chain, and logistics have all been disrupted in China. Domestically in China, more than 250 train services have been cancelled or suspended; at least 73 airlines globally have cancelled more than 50,000 flights to and from China since the outbreak until March. Since the Lunar New Year on January 25, 2020, companies in China traditionally are on New Year holidays for up to two weeks. Business was only beginning to resume, which may have lessened the initial financial impact of the outbreak. At the time of this writing, Transn has not reported the financial impact of the outbreak.

At Wuhan Elite Translation Co.—another language company in Wuhan specializing in French and Chinese technical translation—the entire staff has been working remotely since the end of the Lunar New Year holidays on January 31 and is expected to until at least the end of February. While business is traditionally slow after the Lunar New Year, Mr. Jianqiang Yu, the owner and CEO of Elite Translation, estimates that translation orders have decreased by approximately 50%.

TalkingChina, a language company headquartered in Shanghai also reports disruption to its workforce due to the systemic quarantine procedures. Shanghai residents who are returning to Shanghai after the Lunar New Year holiday face a mandatory quarantine at home for 14 days before they are allowed to return to work. The official policy in Shanghai for companies to reopen their doors for business is February 10. But TalkingChina has not opened its office yet for safety reasons, as is the case for most of its clients. Sisi Su, the Managing Director of TalkingChina, notes that business has definitely declined, which has put a strain on cash flow.

The partial or complete shutting of businesses across China for the past three weeks has a ripple effect in China. Master Translation Services (MTS), a language company based in Xiamen, Fujian Province in southern China, is reporting the same trend. MTS employees have been working remotely since the Lunar New Year holidays ended on January 31. While language companies’ knowledge workers such as translators can work remotely, their clients may not have such luxury. Frank Wei, the CEO of MTS said that “requests for translation services are dropping drastically in China’s domestic market. As for interpretation, there is no request now for any kind of interpretation in China and the market won’t be recovering in the next couple of months. This will have a negative impact on our 2020 revenue.”

The effect of the coronavirus outbreak has reached shores far away from China. Asian Absolute—a language company based in the United Kingdom with offices in Singapore and Thailand reported that one of its clients cancelled a planned company event on February 18, 2020 in Kuala Lumpur, Malaysia as a precaution; most of the attendees are coming in from southeast Asia. Julie Giguere, Managing Director of Asian Absolute, expects that there will be more cancellations of interpretation assignments though she acknowledges that interpretation is only a small portion of Asian Absolute’s business.

Providing language interpretation services at conferences, conventions, and events is the first wave of impact that befell the language industry. Events such as conferences require travel and physical attendance. The challenges of travels and the prospect of large gatherings are obviously raising concerns amongst event organizers and attendees, leading to either organizers cancelling or postponing events, or attending delegations cancelling their trips.

Atlas Language Services, a conference interpretation company based in the Chicago area, has reported cancellations. One large medical conference in February in the US saw the entire delegation from China with about 40 attendees withdrawing their attendance, thus eliminating the need for conference interpretation for Chinese. In addition to lost revenue, there is also the cost of non-refundable flights for the crew. Kevin McQuire, the President of Atlas, noted that another conference in Nanjing, China in February has been postponed with no future date set yet. A global summit for a Fortune 100 company that would take place in the US in April initially saw early registrations of 50 people from China. Thus far, 40 of the 50 Chinese delegates had cancelled. Mr. McQuire expects that 80% of the anticipated 500 delegates from China will not attend this summit.

DS-Interpretation, Inc., another conference interpretation company based in the San Francisco Bay Area, California, is reporting similar stories and trends. Two Korean trade delegations have canceled or postponed their attendance at events in two different states. There are potential risks to further cancellations or postponements, involving groups from Asia in particular.

The coronavirus outbreak is impacting the language industry in other ways, too. A freelance Chinese linguist from epicenter of the outbreak the city of Wuhan has been unable to accept work since February 3rd. According to Ms. Giguere of Asian Absolute, this freelance linguist was unavailable for assignments for several days, leading to concerns for her well-being. (Asian Absolute’s team has since been able to confirm that she is well and healthy.) While the psychological impact is difficult to measure, it did result in financial loss for the freelance linguist as she was unavailable for work.

Events within the language industry are of course not exempt from the impact. The Glocalization Organization of Asia Pacific (GoAP) had been in the final stage of selecting a host city for its upcoming annual conference in late 2020. Shanghai was on the short list. But with the growing public health crisis in China and Shanghai also being ensnared in a potential lockdown, the GoAP organizing committee is now considering other alternative.

The language company division of the Translators Association of China (TAC) is planning to host its 2020 annual conference in Shanghai in June 2020. With Shanghai being one of the many impacted cities in China, the organizers are reevaluating their plans amidst the brewing crisis. No decision has been made regarding the planned event in Shanghai as of this writing.

The outbreak is not without some positive signs. Transn has set up a free hotline as a public service for expatriates living in China. The hotline provides information about the latest outbreak news, prevention measures, medical resources, logistics, and other support resources in English, Korean, Japanese, French, Russian, Thai, Arabic, and Vietnamese. The hotline is intended to provide language access to expatriates in China to better access medical, transportation, logistics, and other important services during the outbreak. Transn is also seeing some increase in translation work in the logistics sector, an increase in activity that can be attributed to the response to the outbreak.

Peggy Peng of Transn said that “Transn is pulling all of its resources of translators, interpreters, technologists, and customer service to help combat the outbreak, as is evident in how rapidly the company set up the hotline that is available in eight languages.”

Transn is not alone. As a public service, TalkingChina is offering a 50% discount on language services to companies in the four distressed industries most impacted by the outbreak, food and beverage, transportation, hospitality, and tourism—as identified by China’s Ministry of Finance. Ms. Su said, “I hope TalkingChina can do its small part of helping companies in China recover economically.”

While events in China are facing cancellations and delegations from China and other parts of Asia are curtailing their trips to attend conferences and conventions internationally, thereby damaging the prospects of the conference interpretation sector at least in the short-term, Ms. Bowman of DS Interpretation has a more advanced view in that the impact of the crisis could be less harmful with innovation: “Rather than cancelling events, clients may look to the latest technology solutions including remote, cloud and AI-powered interpretation and other services to help mitigate the effects of the crisis, providing safe access to events, and allowing companies to find ways to safely continue their business despite the outbreak. Agile and responsive language companies that offer new technology solutions will be better positioned to help their clients weather the impact of this horrendous outbreak.” 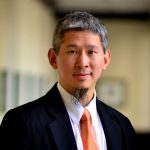 This is a developing story. If you have a story to share about the impact of the coronavirus outbreak, please contact Steve at steve@treehousestrategy.com.W